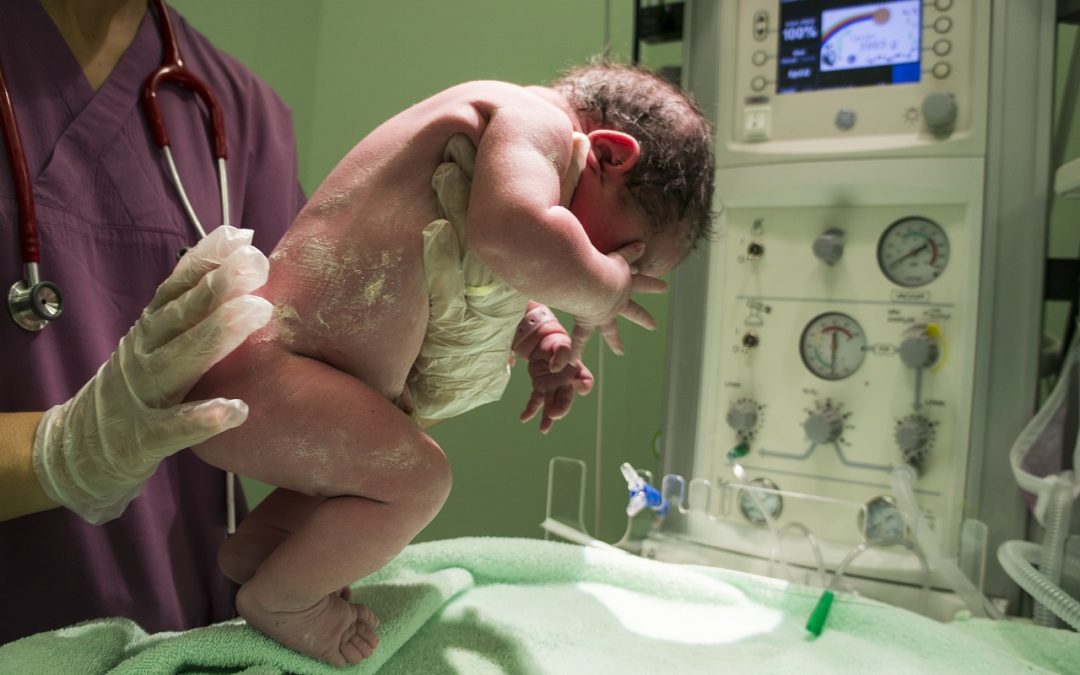 Is having a baby becoming less safe in Hamilton?  Reduced birth facilities, suburban sprawl and increasing population mean some family will have to travel farther than they should for fewer safe options for birth.

Rob McIsaac is not a very popular person among medical professionals in the east end of Hamilton these days. An announcement was made that within a couple of months all surgical rooms would be shut down in the aging West Lincoln Memorial Hospital (WLMH) in Grimsby.  That means no more labour and delivery at WLMH.

Not A New Plan

In 2016 McIsaac, President and CEO of Hamilton Health Sciences (HHS), announced a 20 year plan for the area’s hospitals that included upgrading WLMH.  Though a primary care facility, it provides vital emergency and community medical care to the area, including birthing facilities.

HHS recently announced, however, that the operating rooms were not up to par and would need to be shut down completely to undergo lengthy upgrades. If there are no operating rooms, there can be no birth services. The ability to safely perform emergency caesarean births is a vital component of providing safe obstetric care. No operating rooms means no babies can be born at that facility.

And, that means that the options for in-hospital birth shrink from four facilities to three. It doesn’t sound so bad, at first, but when all of those facilities are concentrated in the central and west areas of the city, or across the bay in Burlington, residents of east Hamilton and the south, southwest and southeast mountain are getting short shrift.

From this map you can see that the four hospitals currently offering birth support to Hamilton residents – and birth support that includes both planned hospital delivery and emergency transport from home birth – are located very close to the lake, with three of the four clustered at the western tip of Lake Ontario. When WLMH closes everyone in Hamilton will have to go to either St Joe’s in the core or McMaster in the west end. Niagara County residents will need to go to Niagara Health in St Catherines.

To further complicate matters, McMaster is preparing to shut down its hospital services and move the labour & delivery services to a yet-to-be-built facility at the General. This is expected to happen around 2026.

No Real Plan After All

None of this makes any sense and compromises the safety of birth in Hamilton. Birthing at any of those facilities, for those living in the south and eastern ends of the city, in Binbrook, and the Niagara Country residents adds a lot of travel time in labour.

HHS needs to create a plan for the future of birth in Hamilton. We are a city whose population is exploding as young couples move here and begin families. Hamilton Health Sciences needs to show these families that it’s got their safety and the safety of children that will be born in the next two decades in mind. Hamilton Health Sciences desperately needs at least one other hospital based birth facility on the east mountain.

It should also open a birth centre inside this facility or at a location nearby. Such a facility would be welcomed with great enthusiasm by the midwifery community in Hamilton and could take some of the burden off of the busy hospitals. Hamilton has four very popular midwifery clinics who maintain long waiting lists of people seeking a midwife led birth.

Every time a story is published about upgrades and changes at hospitals I’m always alarmed that Hamilton Health Sciences and St. Joseph’s Healthcare (which is technically a separate though allied hospital system) are not increasing the safe options for birthing in Hamilton but consistently reducing them.

Nothing has changed since we wrote about this issue over two years ago.  It looks like the situation just keeps getting worse.

If you wish to help keep West Lincoln Memorial Hospital open by expediting the rebuilding of WLMH you can sign MPP Sam Oosterhoff’s petition.