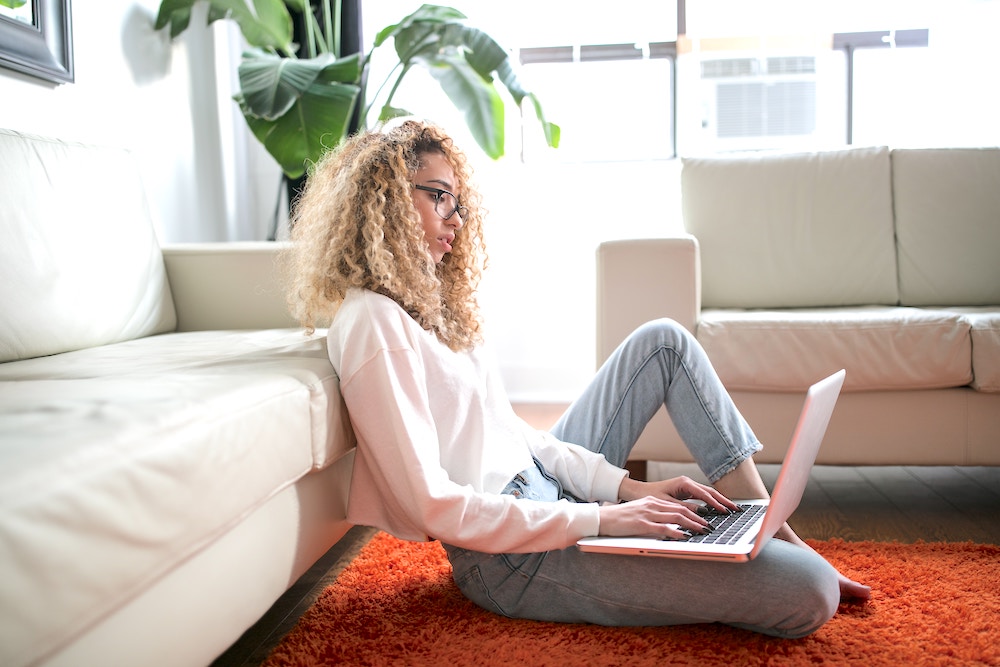 I should take a break from social media because I might explode with anger. Vulnerable people are looking for help and the people who have the information are pushing an agenda. Enter: toxic meme culture.

You know what a meme is, right?  It’s one of those little gifs or images with text that people share on social media. We like to think that it’s “what the kids are doing” but the truth is that memes (pronounced “meemz) get shared by everyone.

Some are funny and some are inspirational but if you have friends who are having babies or you follow any birth and new parent support groups you’ve seen lots of memes that aren’t inspirational or funny but are downright oppressive.

The thing that makes the meme shareable is that it’s a pithy statement: something that can be said in a single line, maybe two. Something that doesn’t take any additional information to transmit the meaning. It’s a small, simple and discrete slice of entertainment or information.

But information about pregnancy, birth and babies is rarely simple.

Everything about having and raising babies is actually pretty complex. And people who continue to promote simple ideas are doing parents a huge disservice. Instead of helping parents build confidence in making decisions for themselves, they are told what choices are worthy and which are not.

This is easier if I can show you some examples. Let’s break down some actual toxic memes that I’ve encountered recently. 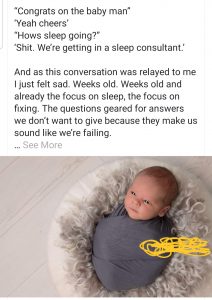 In this meme we have a person who is showing an example of parents talking. One parent asks how sleep is going, the other parent admits it is not going well and that they probably need the help of a sleep consultant.

This is a very typical topic of discussion and as doulas we are always asked about how we can help new parents set their babies up for good sleep. “Good sleep” universally means baby is sleeping in longer cycles more closely resembling adult sleep.

The doula’s added comments here say that they are feeling sad that a parent would be concerned about their small baby’s sleep and the parents are thinking of working on improving it. At its core, this meme is about shaming people for wanting their small babies to sleep better and it’s a toxic meme.

But why would they feel sad? The parents have identified that they are unhappy with the amount of sleep they are getting. To be sure, that may be a season of life they may have to just live with.

Or maybe: IT’S NOT YOUR LIFE AND NOT YOUR BABY SO STOP SHAMING PEOPLE FOR THEIR PERSONAL CHOICES!

Let’s have a look at another one. 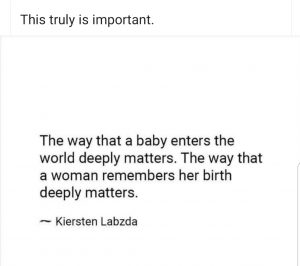 This toxic meme is a quote about the importance of mode of birth (how the baby is born) and how the parent remembers their birth.

Now, the second half of that is absolutely true. How a birthing person remembers their birth is vitally important. There is a clinical evidence to show that people who have positive memories of their birth experience little birth trauma. Difficult birth memories lead to higher chances of birth trauma.

At Hamilton Family Doulas, that is our focus: how a client perceives their birth experience. Did they participate in the decision-making during labour and birth? When they spoke, were their needs and concerns acknowledged and accommodated by the staff?  When possible, were they given the freedom to labour the way they wished to labour?  Those are the kinds of things we work hard to ensure for our clients. When a client of ours believes they were well supported throughout their birth, how the baby arrived – with little intervention, with lots of intervention, surgically – doesn’t matter as much.

I would go so far as to say, what I have learned in my 14 (so far) years of birth support is that when a health care system listens to birthing people, honours their needs and gives them as much control and participation in their healthcare as possible, it matters little to most parents how the baby exits the body. And, when it does, a lot those parents were taught by others that there is some kind of hierarchy of birthing with a vaginal birth with no interventions being BETTER than, for example, a c-section.

Let me just stop for a moment and make sure we all realise that this judgment is total BS. Because it is.

Ready for some more? 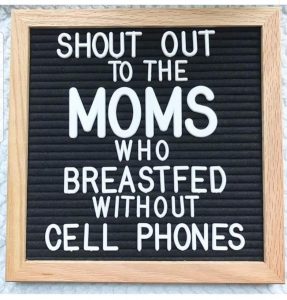 Did you breastfeed?  Did you even look at your phone?  Congratulations!  You are just like every other damned parent who ever nourished a child.

In this choice morsel we see kudos given to those (moms?  Is this the 50s?)  parents who nourished their children at the chest and never once picked up their cell phone. What makes them so special?  Well, you might be forgiven if you, too, thought the world had advanced beyond this point, but apparently it hasn’t. In walks this toxic meme to remind us.

Women (because “MOMS”) are supposed to devote all of their attention to their babies. They should never be bored while nursing their little one. And should they look at a phone (or a book, a Kindle, a laptop, the TV…) they are obviously bad moms. It’s easy to fall for this social media BS because everyone looks so perfect in their curated world!

I used to breastfeed in the era before cell phones and social media. Parents were just as bored, some of the time or most of the time, as parents are now. It’s normal and OK to want to not stare at your nursling and do something else with your brain. In fact, it would be far preferable for a fidgety nursing parent to find a way to occupy their restless mind than for them to shorten feeds because they were impatient. Maybe the parent has ADHD and sitting still for feeds is a legit struggle.

Or maybe it’s none of our business what people do!

I literally could do this all day, but I think this smattering is enough. And, frankly, I’m getting upset again!

Parenting cannot be reduced to a bunch of simple, absolute truths easily shareable on social media. C-sections aren’t always unhealthy – they very often save lives, which is the opposite of unhealthy. Breastfeeding might be an ideal nutrition for newborn infants, but a parent who can function is a far better thing than “ideal nutrition”. Sleep training may be the thing that ensures one parent’s mental health and another parent’s ability to maintain peak performance at work.

There is no one way to parent a child successfully.

And each moment, each choice as a parent, has variations and levels of success that are complexly connected to a dozen other things going on in the home, in the lives of the parents, and in the internal realities of the main caregiving parent.

And sometimes a parent just decides, “No!  I’m not enjoying this. I want to do it differently.” We should honour parents for those decisions. We should reinforce their listening to their guts and doing what works best for them and for their entire family and not just what society says will build an optimal child. After all: you can sacrifice everything, do every conceivable thing, to birth and parent the way the memes tell you to, and you can still require interventions, have a child who gets ill, have a child with an emergent diagnosis or learning disability or have diabetes or whatever. None of those things are the end of the world.

You will notice that Hamilton Family Doula’s social media feeds are NOT full of toxic memes that promote one kind of birthing or parenting over another. In fact, it’s usually fully of funny shares, because we all need to laugh a little more, don’t you think?